It all started back in the 1860s when a young confectioner called Ferdinand Wienholdt came over from Lubeck, Germany to find his fortunes. He found work all over the North West and Manchester, though we have no evidence of him ever owning his own business. Ferdinand and his wife Eleanor had 7 children, the eldest was called August.

After a child hood of inner city Manchester, living in boarding houses and enduring family split ups August had ambitious plans for his future.

He married a Lytham beauty called Margaret Bonney in 1899, whom he met when they both worked in a bakery there. They set up home together in Handbridge Chester, above a chip shop which Margaret ran. August worked all over the country as a consultant baker, helping local bakers improve their businesses. Margaret had five children above the chip shop, the youngest was called George.

Towards the end of his working life August had saved a lot of his wages and together with a loan from a family member Mr Duwe of Prestbury he moved to Cheadle and set up the family's first bakery in 1930.  He left his Chester premises to his eldest son Carl who with his son Frank and later grandson John created Weinholt's of Chester.

After all this time working for other bakers August had learnt a thing or two about how to run a bakery and had a desire to create something special. His dream became the Premier Cafe, Cheadle. This was no ordinary business, the cafe and shop were designed by a Parisian designer and it quickly became the place to be seen and eat in Cheadle.  August could never had foreseen that today the interior of his amazing cafe is still intact and will be forever, as the interior is now grade two listed. It is now a charity shop and the 1930s interior is still there to be seen, among the charity bric a brac.

Now August was nearing the end of his career so he installed two of his sons, Frank and George to run the business. This they did until the end of the Second World War, Frank had stayed behind to keep the business afloat and George had joined the army. But when George returned he and Frank could not see eye to eye on baking matters so he took with him his father’s spirit and in 1949 he built his own bakery in Alderley Edge.

He bought an existing bakery from the Misses Shaw and went about building a new state of the art bakery and modern shop.

Already George had married Kathleen Hines and had 3 sons, Philip, Barry and Martin. George worked hard to bring to Alderley the very best of baking. He insisted on the finest ingredients at any cost, he put the prime steak meat in his steak pie, when others would have used a cheaper cut. He trained in Switzerland to bring a little of the Swiss magic to his cakes, and every day in the bakery it was drummed into the staff, perfection, perfection, the products need to be perfect!

George's eldest son Philip by now had joined him in the bakery, Barry found his own way and went to study law and Martin was showing signs of also becoming a baker. Now as George too was tiring of baking he decided Philip should set up his own business, which he did in Cheadle Hulme, and installed Martin to run his business in Alderley Edge.

This is what Martin and his wife Rosie have been doing for the last 50 years, and just like his father and grandfather he too is tiring of baking and now his daughter Heather and her husband Gary are running the business.

This takes us to the present, so please do drop in and buy a Steak Pie, as it is made to the exact same recipe today as it was when George Wienholt wrote the recipe and insisted on it being the very best. 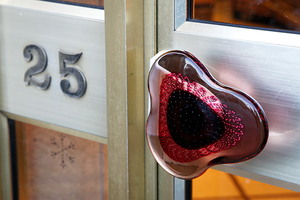